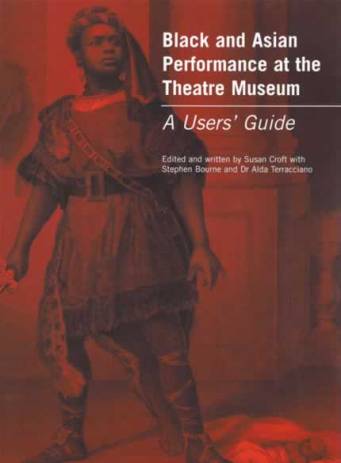 This symposium  coincides with the start of Lenny Henry’s 10 party series on the history of black theatre and screen being broadcast at 1.45pm daily on BBC Radio 4 between November 9 and 20. People interviewed include black theatre activists and historians including Stephen Bourne, the author of Black in the British Frame and co-author of Black and Asian Performance .. and other works on British black theatre and film.

The symposium brings together scholars and practitioners from different disciplines and artistic backgrounds to discuss how black Britain is represented in theatre, film, television and digital media and  think about the numerous ways in which and reasons why interconnections between these media are forged and/or employed. It will examine and debate historical, political and aesthetic continuities, connections and crossovers and the implications of these relationships to issues of black representation and its analysis. In doing so, the symposium aims to nurture new debates, establish new approaches and forge new interdisciplinary relationships for future assessment of black culture and its representation in Britain.

Cost:  £16 including refreshments but please note attendees will need to provide their own lunch).

Please address any enquiries to:

Lynette Goddard is Senior Lecturer in Drama and Theatre at Royal Holloway: https://pure.royalholloway.ac.uk/portal/en/persons/lynette-goddard(525c97e9-39fc-4c41-8d32-a1698084ef4e).html

His Esther Bruce. A Black London Seamstress. Her Story 1912-1994 published under my imprint History & Social Action Publications are available from me £4 + p&p.

My Politics & Culture. Paul Robeson in the UK is available at £2 + p&p.

Since moving to Norbury in July 2011 I have been active on local economy, housing and environment issues with Croydon TUC and Croydon Assembly. I am a member of the Love Norbury Residents Associations Planning & Transport Committees, and Chair of Nobury Community Land Trust. I write for Croydon Citizen at http://thecroydoncitizen.com. I co-ordinate the Samuel Coleridge-Taylor and Croydon Radical History Networks and edit the North East Popular Politics database. History Project.. I give history talks and lead history walks. I retired in 2012 having worked in the community/voluntary sector and on heritage projects. My history interests include labour movement, mutuality, Black British, slavery & abolition, Edwardian roller skating and the social and political use of music and song. I have a particular interest in the histories of Battersea and Wandsworth, Croydon and Lambeth. I have a publishing imprint History & Social Action Publications.
View all posts by seancreighton1947 →
This entry was posted in Black Theatre, Digital media, Film, Lenny Henry, National Theatre, Paul Robeson, Radio 4, representing race, Stephen Bourne, TV. Bookmark the permalink.