Divided by Race United in War and Peace film 25 August

You Are Cordially Invited

To This Windrush Screening Event 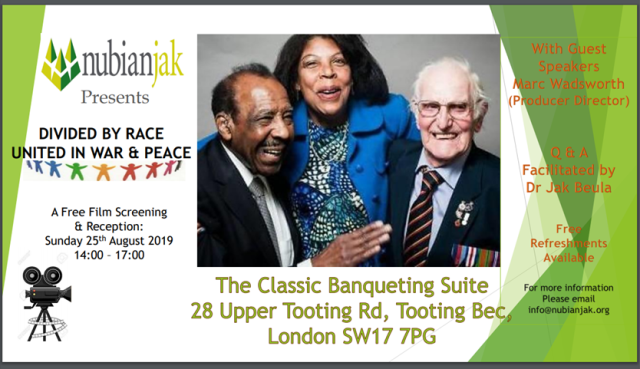 Please share this with people you know in South London.

Many ex-servicemen settled inh and moved around Lambeth, Southwark, Wandsworth and Croydon, and their children and grandchildren have done the same.

The picture shows former war time RAF member Neil Flanigan, who is interviewed in the film, and who is still active in the West Indian Association of Service Personnel (WASP ). Neil attends the annual Remembrance service in Windrush Square every year and last year laid a WASP reef in Croydon, as well as attending Croydon Windrush commemoration events.

The Trust’s plaques and memorials in  South London include: 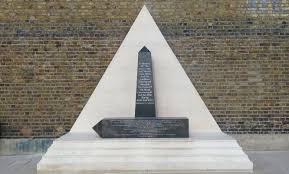 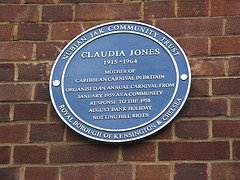 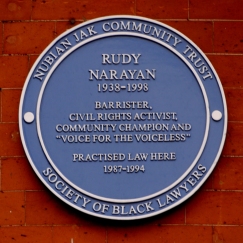 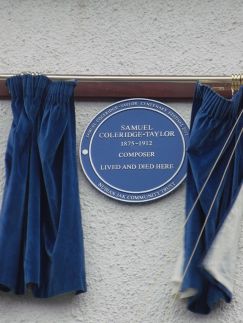 I have lived in Norbury since July 2011. I blog on Croydon, Norbury and history events,news and issues. I have been active on local economy, housing and environment issues with Croydon TUC and Croydon Assembly. I have submitted views to Council Committees and gave evidence against the Whitgift Centre CPO and to the Local Plan Inquiry. I am a member of Norbury Village Residents Association and Chair of Norbury Community Land Trust, and represent both on the Love Norbury community organisations partnership Committee. I used to write for the former web/print Croydon Citizen. I co-ordinate the Samuel Coleridge-Taylor and Croydon Radical History Networks and edit the North East Popular Politics history database. I give history talks and lead history walks. I retired in 2012 having worked in the community/voluntary sector and on heritage projects. My history interests include labour, radical and suffrage movements, mutuality, Black British, slavery & abolition, Edwardian roller skating and the social and political use of music and song. I have a particular interest in the histories of Battersea and Wandsworth, Croydon and Lambeth. I have a publishing imprint History & Social Action Publications.
View all posts by seancreighton1947 →
This entry was posted in Uncategorized. Bookmark the permalink.