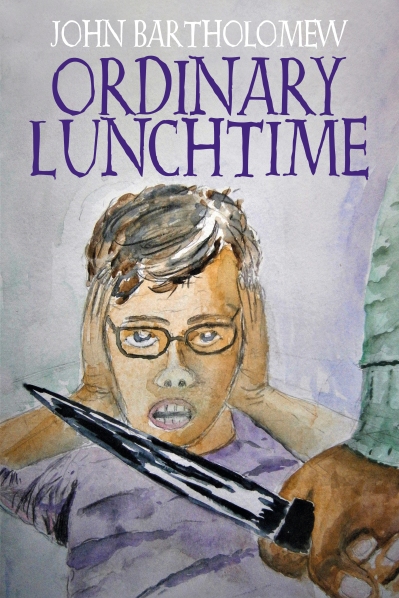 Six terrified children and their teacher are trapped in their classroom with an angry knife wielding intruder. What started out as ordinary school lunchtime turned into a nightmare that they could never forget.  Each of them displays a different sort of courage as the police are powerless at the other side of the playground.

The story is related by eleven voices:  in the classroom  the six children, their teacher and the intruder;  across the playground, the head of the school, the Assistant Chief Constable, and the local home beat policemen who happened to be on the premises when the siege started.

Would you like a copy of John’s new novel?

John, who lives in Pollards Hill and is active in the Residents Association, spent his career in primary education, and draws freely on this experience to write children’s fiction rooted in the real world. He was for 19 years the head teacher of a London school, and taught for a year in a country school in Jamaica. Before retirement he worked extensively in schools in Britain and the United States, supporting  elementary school literacy in some of the country’s most deprived neighbourhoods.

He firmly believes that for most children the road to literacy follows naturally from exposure to books that make children want to read. His eclectic interests include steelband music – he was formerly the chairman of the Steelband Association of Great Britain – and sailing, which he has done since the age of ten. 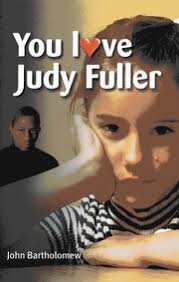 You Love Judy Fuller (Longstone Books. 2008) This book is about bullying in school. The publisher no longer exists although its website is still on the internet. John is selling the remaining stock for £3 available from him by emailing: bartholomew.john@btinternet.com

Ackee and Salt Spring – a Jamaican year. (Tall Trees  Publications. 2018) is his book about his and his wife’s year teaching in Jamaica in 1979/80.

Ackee and Salt Spring – a Jamaican year. (Tall Trees Publications. 2018) is his book about his and his wife’s year teaching in Jamaica in 1979/80. 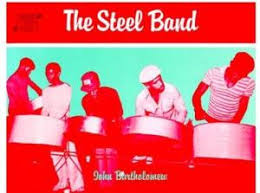 The Steel Band (Oxford University Press. 1981 – out of print

Since moving to Norbury in July 2011 I have been active on local economy, housing and environment issues with Croydon TUC and Croydon Assembly. I am a member of the Love Norbury Residents Associations Planning & Transport Committees, and Chair of Nobury Community Land Trust. I write for Croydon Citizen at http://thecroydoncitizen.com. I co-ordinate the Samuel Coleridge-Taylor and Croydon Radical History Networks and edit the North East Popular Politics database. History Project.. I give history talks and lead history walks. I retired in 2012 having worked in the community/voluntary sector and on heritage projects. My history interests include labour movement, mutuality, Black British, slavery & abolition, Edwardian roller skating and the social and political use of music and song. I have a particular interest in the histories of Battersea and Wandsworth, Croydon and Lambeth. I have a publishing imprint History & Social Action Publications.
View all posts by seancreighton1947 →
This entry was posted in Uncategorized. Bookmark the permalink.